For the past sixty-five summers the Sto-Ken-Rox baseball organization provided a venue for kids from farm league through high school to come out and play baseball. From the annual opening day parade, to the post season all-star tournaments, local kids in the community knew they always had a place to play America's pastime, enjoy ball park food and compete against one another.

In recent years the SKR organization saw a decline in participation in community baseball. This decline led to less registrations and lack of funds to adequately maintain the facility. As a past long time resident of the community and participant in the SKR program, Bob Janeda witnessed the decline over the years. It was painfully obvious to him that if something didn't happen soon, the SKR baseball organization would not survive.

Their vision became a reality when they met with long time McKees Rocks resident and key member of the SKR baseball board, Joe Palahunik. Simply put, our vision was to create a win-win situation for both the local community and our organization. It was at this point Three Rivers Baseball was founded. 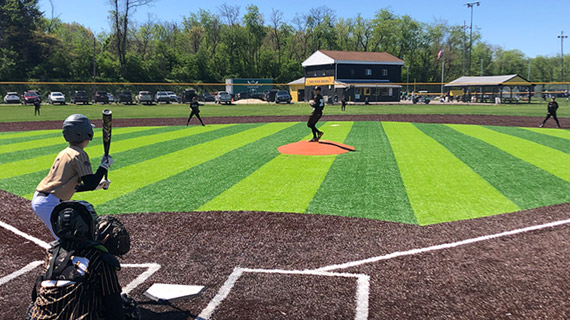 Three Rivers Baseball long term commitment to the organization starts with a complete remodel of the entire facility. From new fields, to restrooms and surrounding grounds, TRB is performing a full restoration. This facility will host tournaments on the weekends and provide a first-class facility to the local community during the week.

It is Three Rivers Baseball hope that the new facility will generate a renewed sense of enthusiasm in the great game of baseball and lead to more local kids in the community participating.